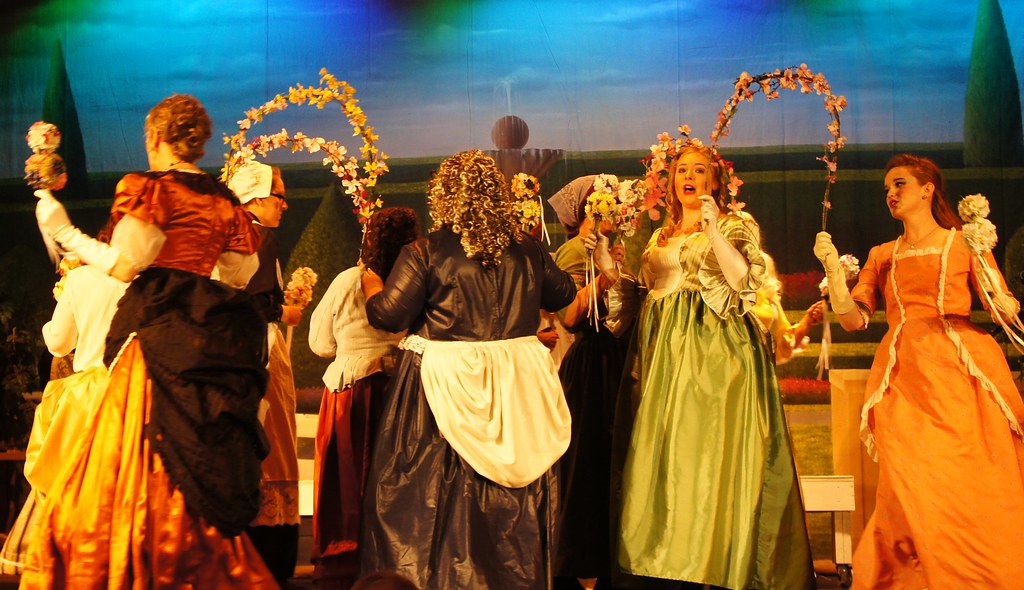 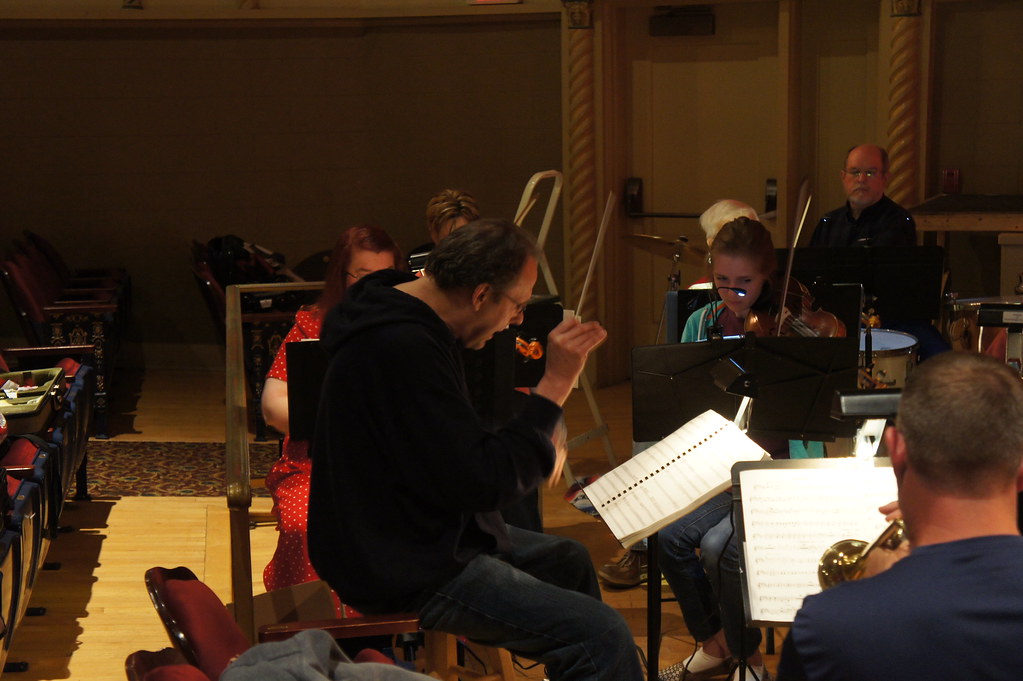 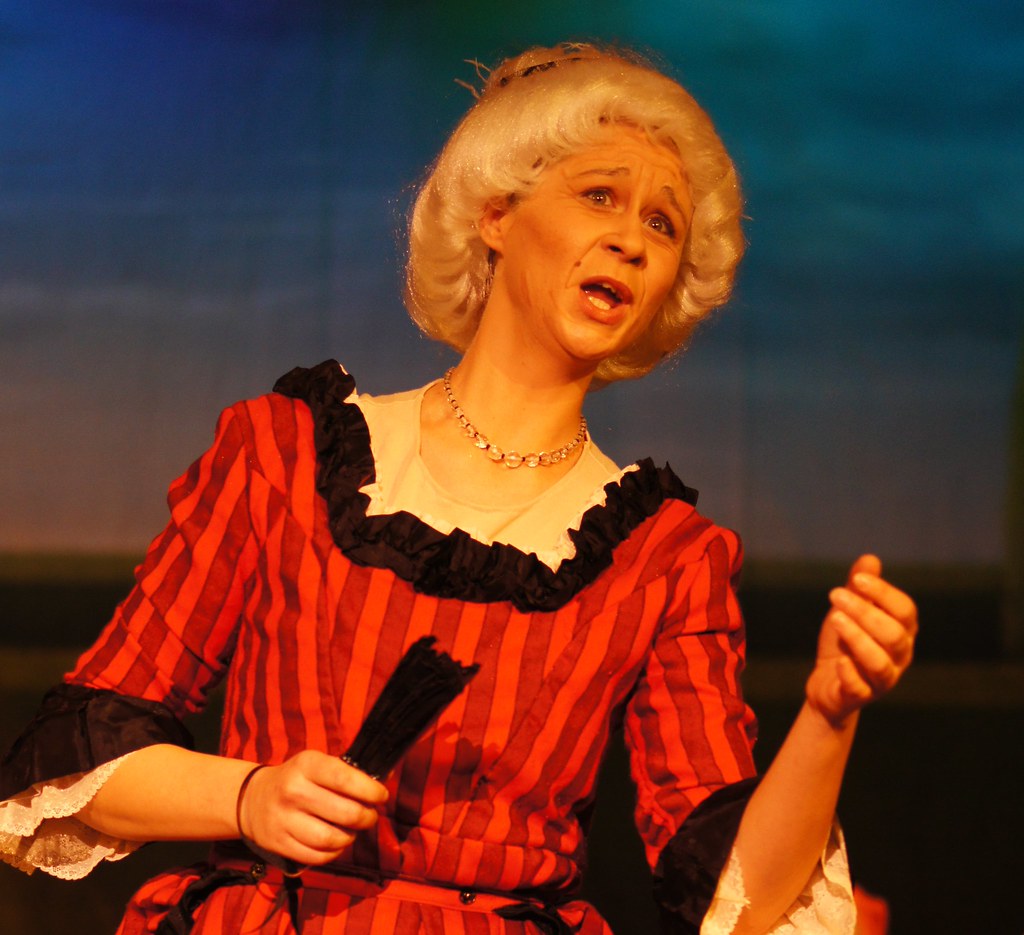 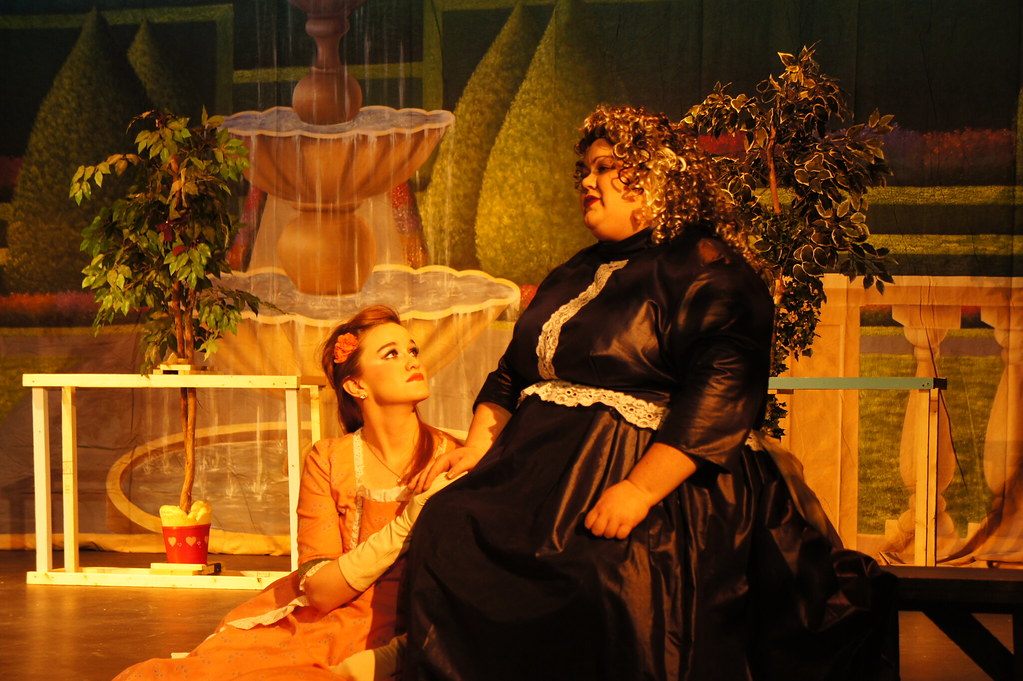 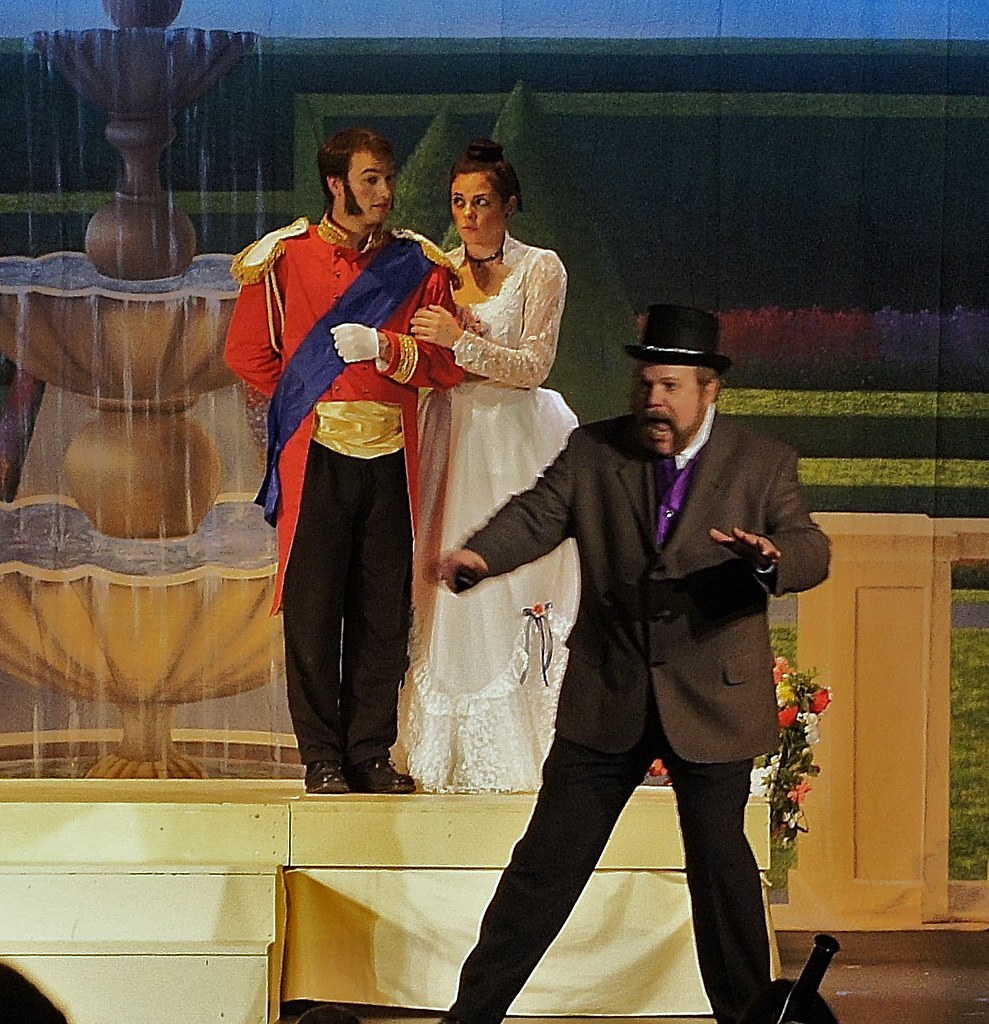 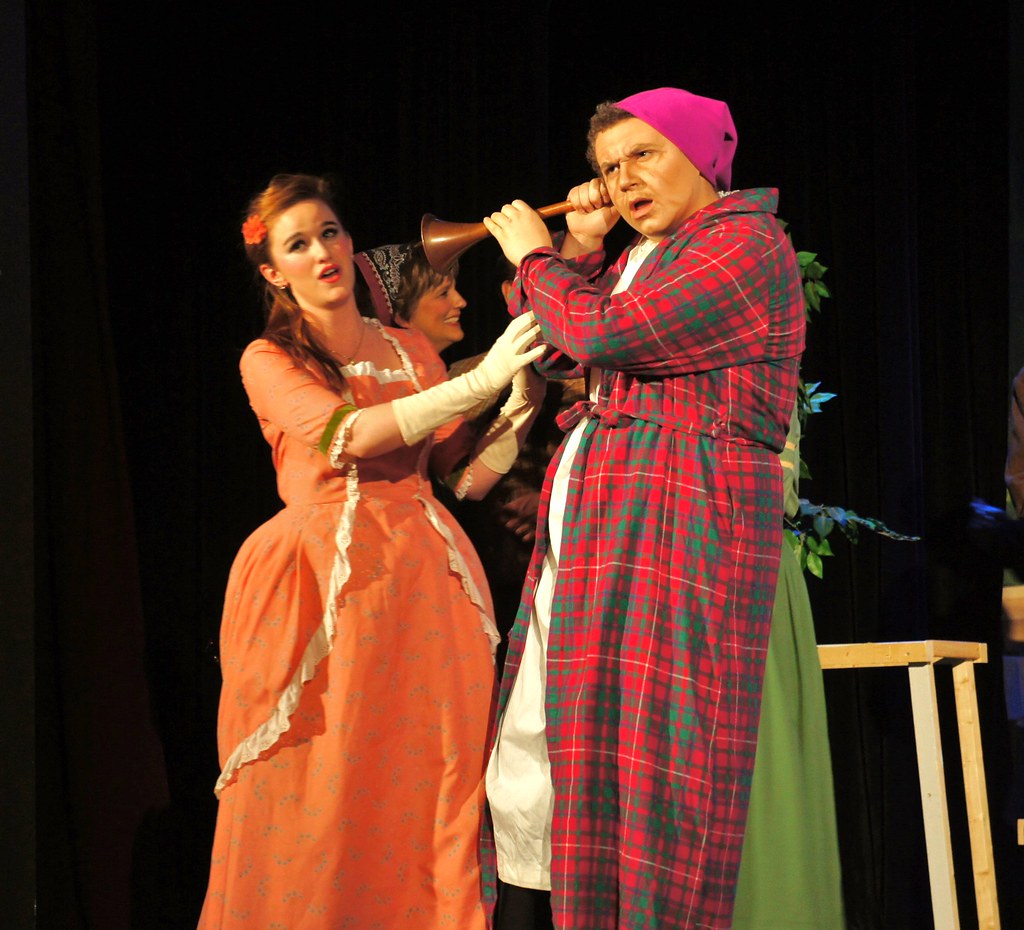 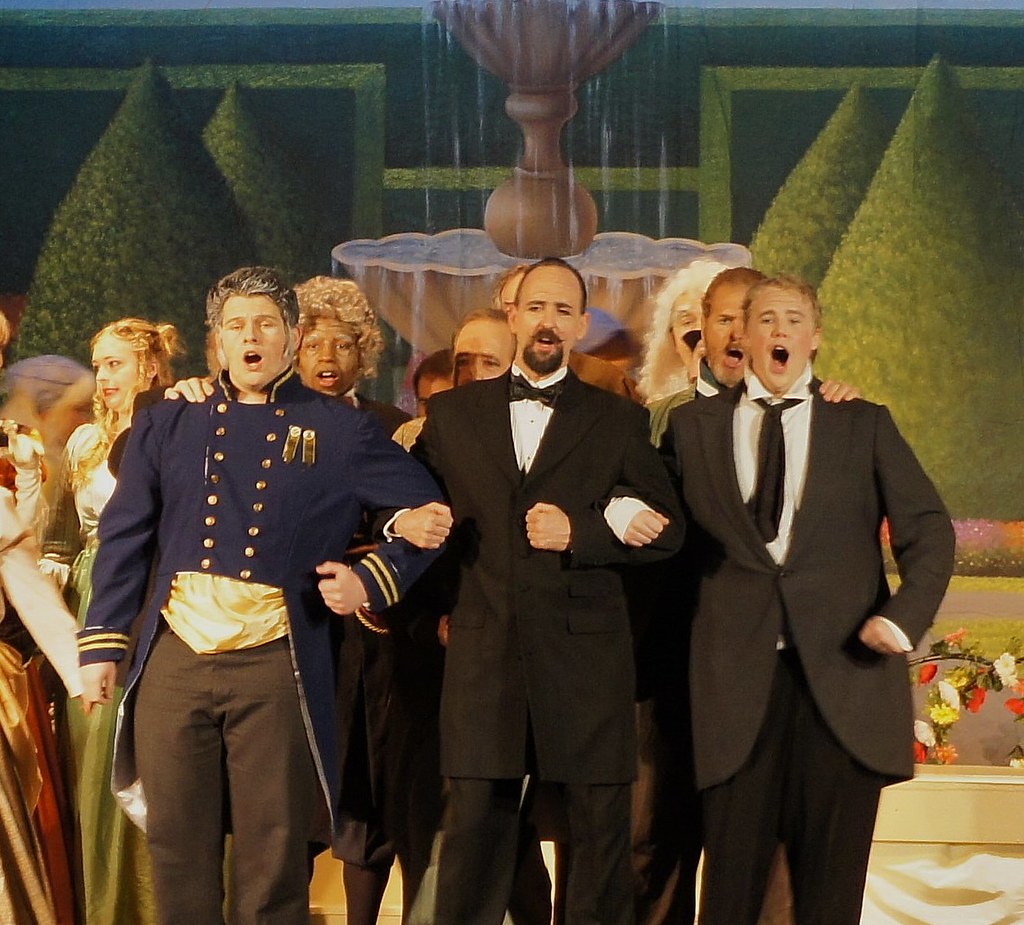 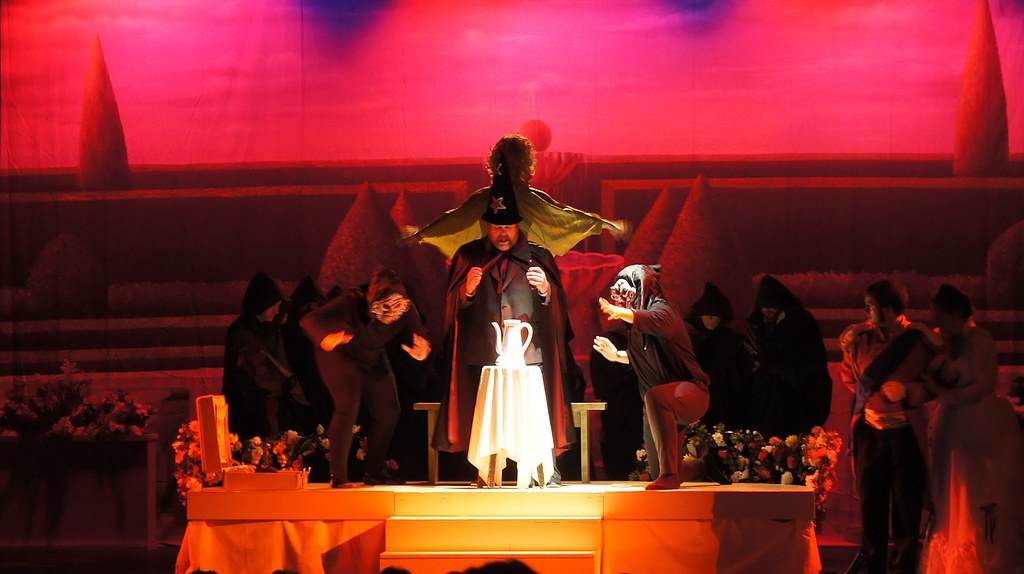 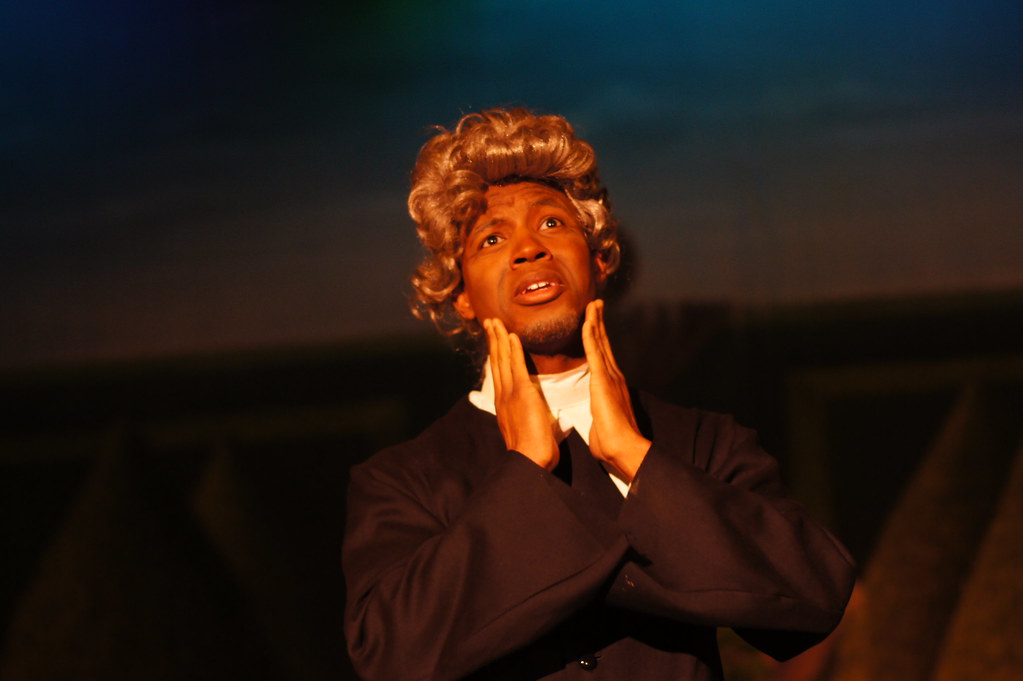 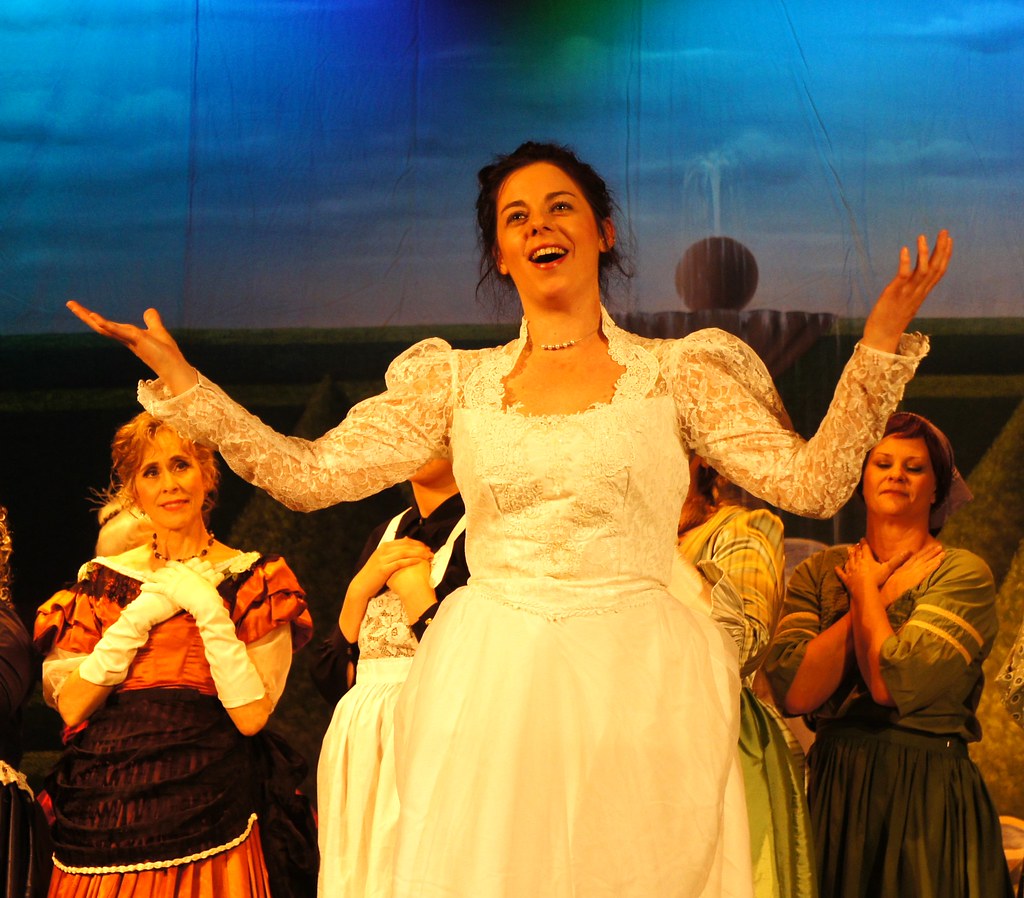 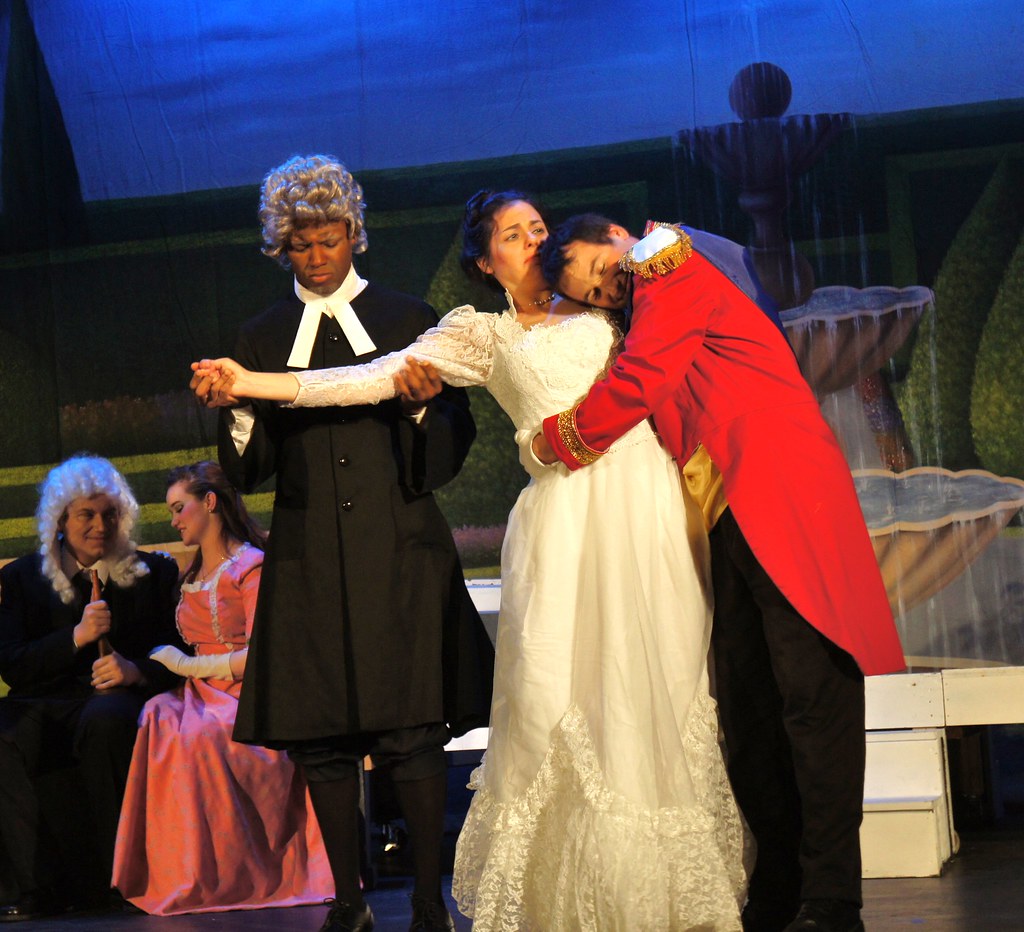 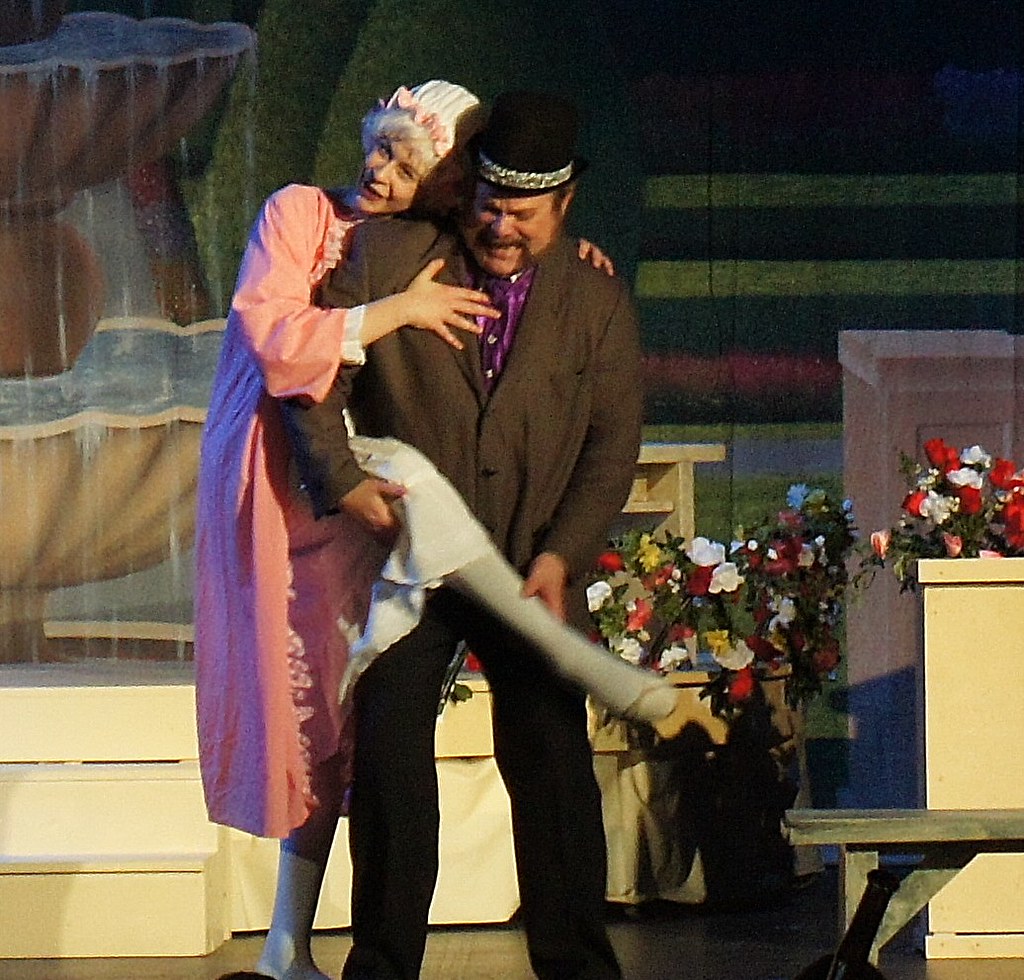 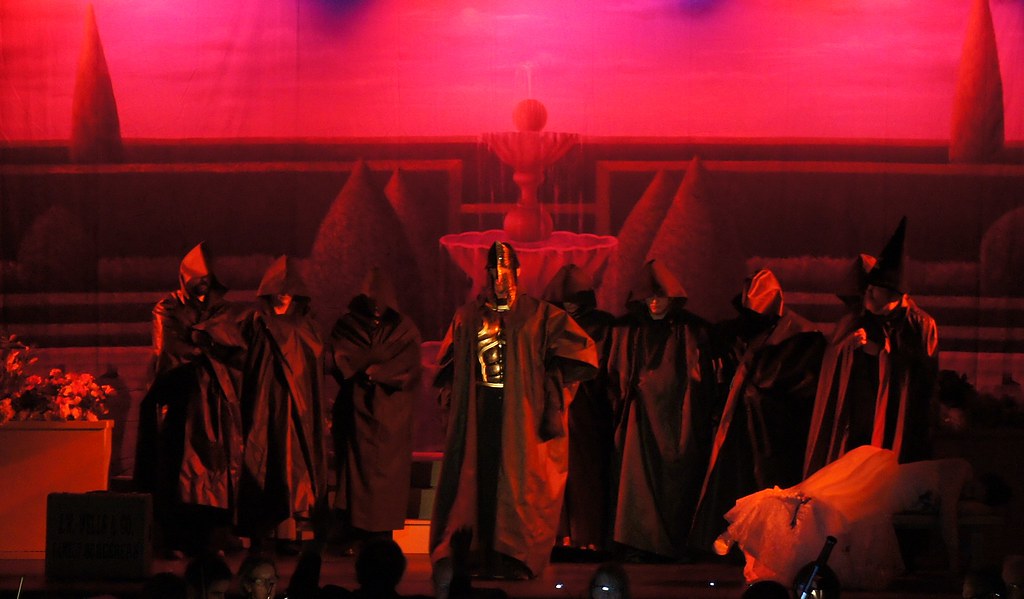 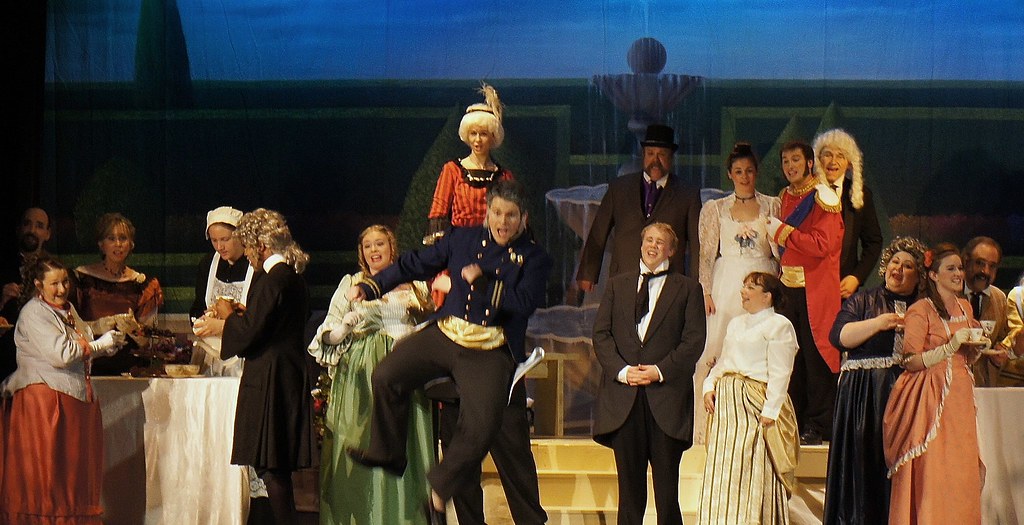 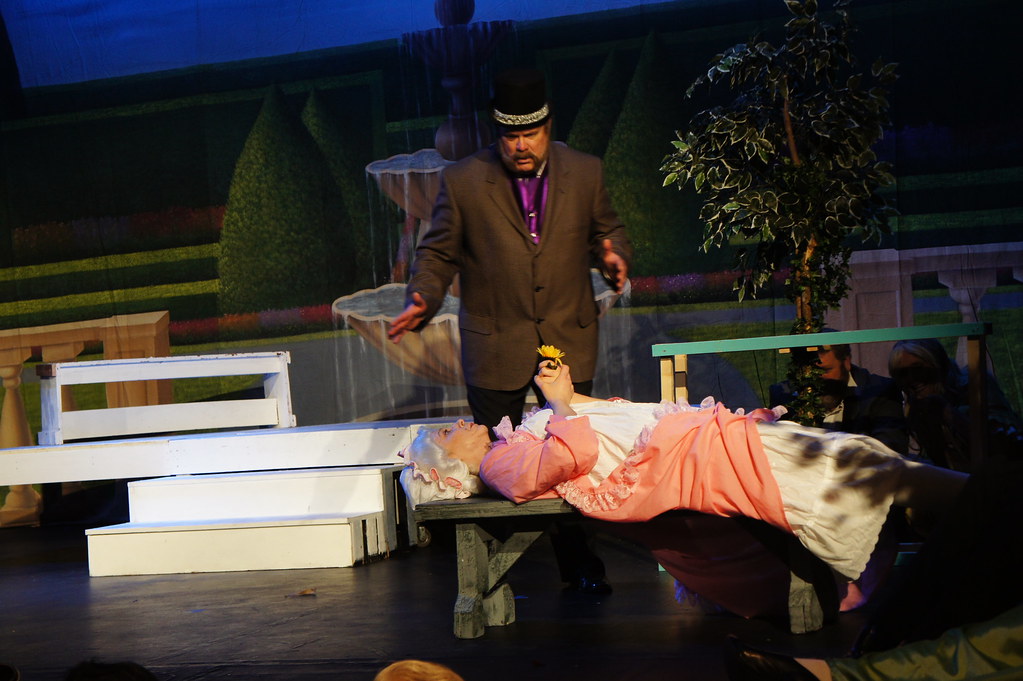 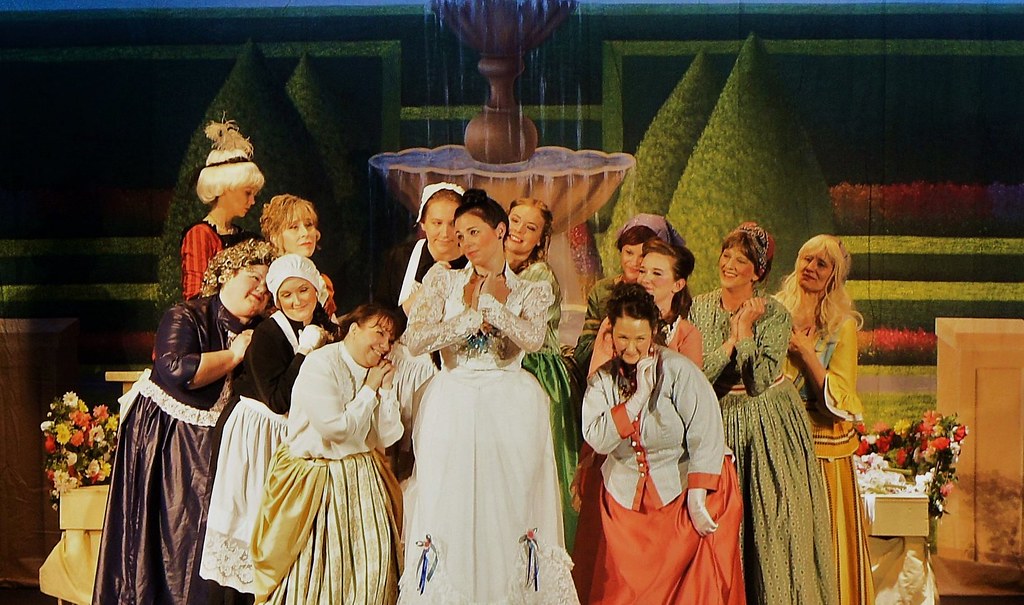 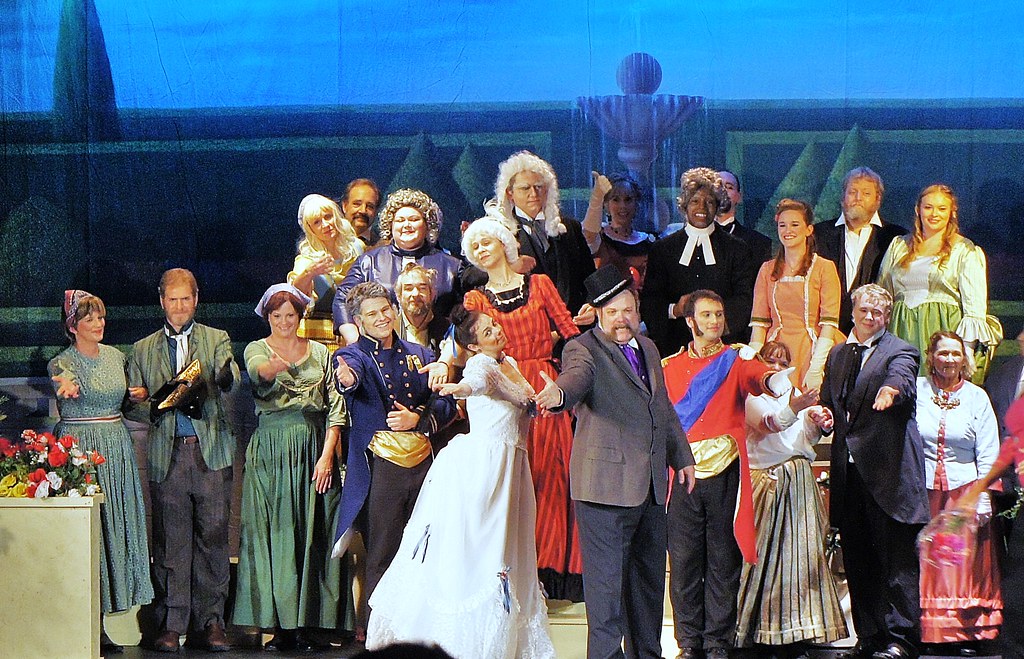 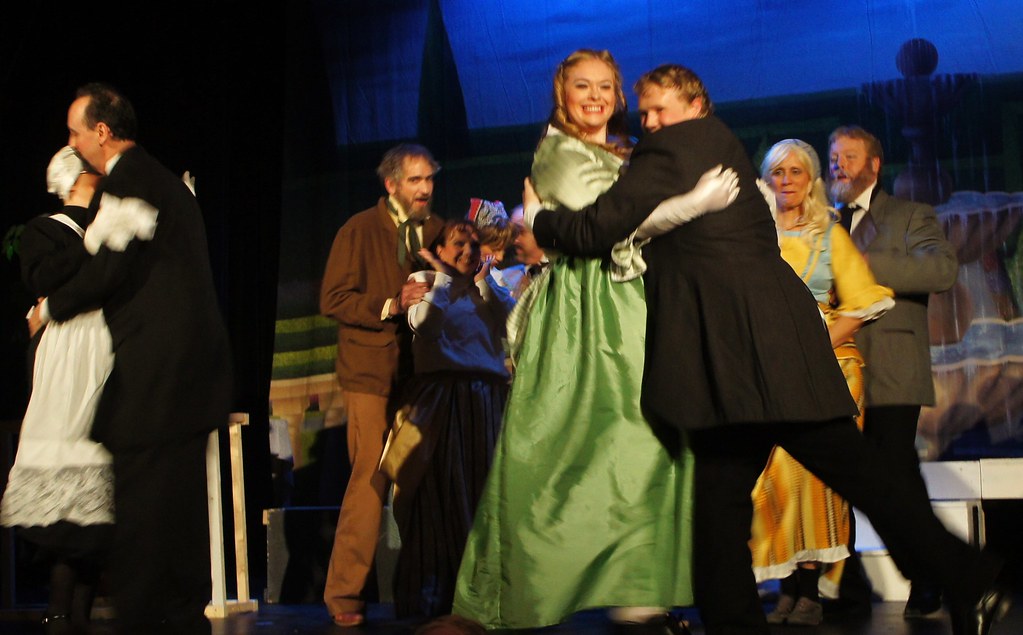 The villagers of Ploverleigh are preparing to celebrate the betrothal of Alexis Pointdextre, the son of the local baronet, and the blue-blooded Aline Sangazure (“Ring forth, ye bells”). Only a young village maiden named Constance Partlet seems unwilling to join in the happy mood, and we learn as she tells her mother that she is secretly in love with the local vicar, Dr Daly (“When he is here, I sigh with pleasure”); and the cleric himself promptly soliloquises that he has been unlucky in love (“The air is charged with amatory numbers”). However, despite Mrs. Partlet’s best attempts at matchmaking, the middle-aged Dr Daly seems unable to conceive that a young girl like Constance would be interested in him.

Alexis and Aline arrive (“With heart and with voice”), and it soon becomes clear that his widower father Sir Marmaduke and her widowed mother Lady Sangazure are concealing long-held feelings for one another, which propriety however demands remain hidden (“Welcome joy, adieu to sadness”). The betrothal ceremony is carried out, and left alone together Alexis reveals to his fiancée his plans for practical implementation of his principle that love should unite all classes and ranks (“Love feeds on many kinds of food, I know”). He has invited a representative from a respectable London firm of sorcerers to Ploverleigh (“My name is John Wellington Wells”). Aline has misgivings about hiring a real sorcerer. Nevertheless, Alexis instructs Wells to prepare a batch of love potion, sufficient to affect the entire village, except that it must have no effect on married people.

Wells mixes the potion, assisted by sprites, fiends, imps, demons, ghosts and other fearsome magical beings in an incantation (“Sprites of earth and air”). The village gathers for the wedding feast (“Now to the Banquet we Press”), and the potion is added to a teapot. All of the villagers, save Alexis, Aline and Wells, drink it and, after experiencing some hallucinations (“Oh, marvellous illusion”), they fall unconscious. 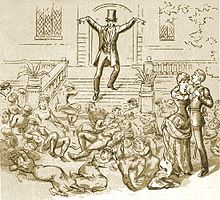 At midnight that night (“‘Tis twelve, I think”), the villagers awake and, under the influence of the potion, each falls in love with the first person of the opposite sex that they see (“Why, where be Oi”). All of the matches thus made are highly and comically unsuitable; Constance, for example, loves the ancient notary who performed the betrothal (“Dear friends, take pity on my lot”). However, Alexis is pleased with the results, and now asserts that he and Aline should drink the potion themselves to seal their own love. Aline is hurt by his lack of trust and refuses, offending him (“Thou hast the power thy vaunted love”). Alexis is distracted, however, by the revelation of his upper-class father having fallen for the lower-class Mrs Partlet, but he determines to make the best of this union (“I rejoice that it’s decided”).

Wells, meanwhile, is regretting the results that his magic has caused, and regrets them still more when the fearsome Lady Sangazure fixes on him as the object of her affections (“Oh, I have wrought much evil with my spells”). Aline decides to yield to Alexis’ persuasion and drinks the potion without telling Alexis. Upon awaking, she inadvertently meets Dr Daly first and falls in love with him (“Oh, joyous boon”). Alexis desperately appeals to Wells as to how the effects of the spell can be reversed. It turns out that this requires that either Alexis or Wells himself yield up his life to Ahrimanes. The people of Ploverleigh rally against the outsider from London and Wells, resignedly, bids farewell and is swallowed up by the underworld in a burst of flames (“Or he or I must die”). The spell broken, the villagers pair off according to their true feelings, and celebrate with another feast (reprise of “Now to the banquet we press”).