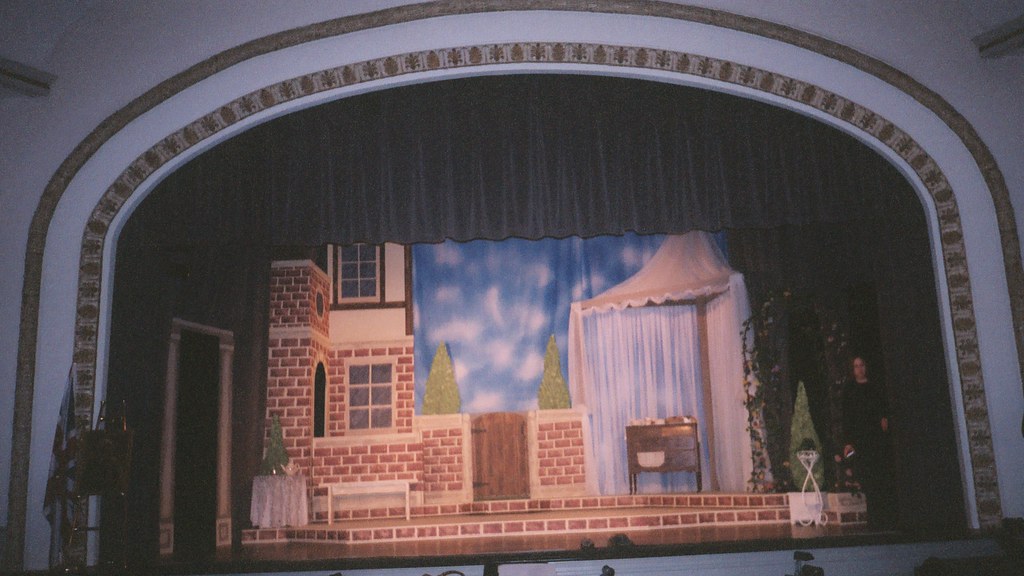 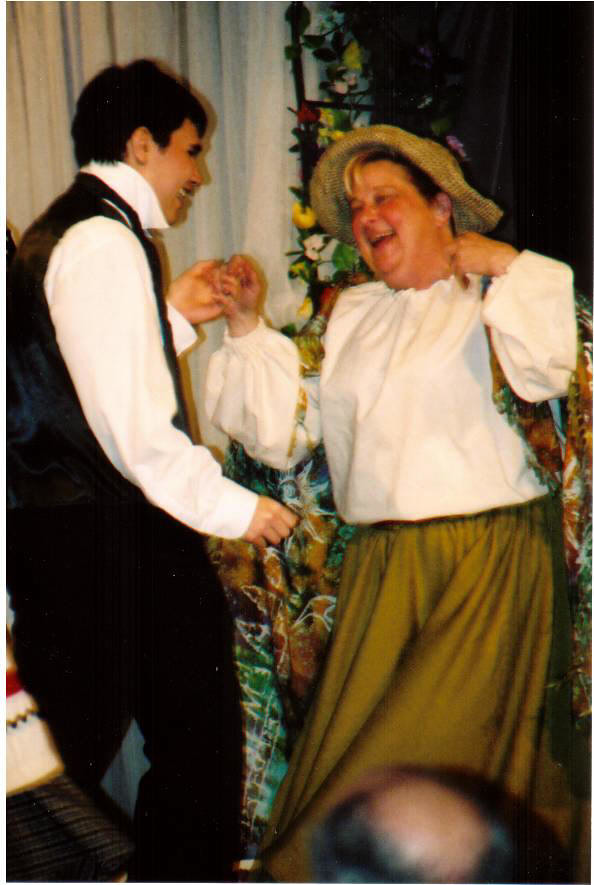 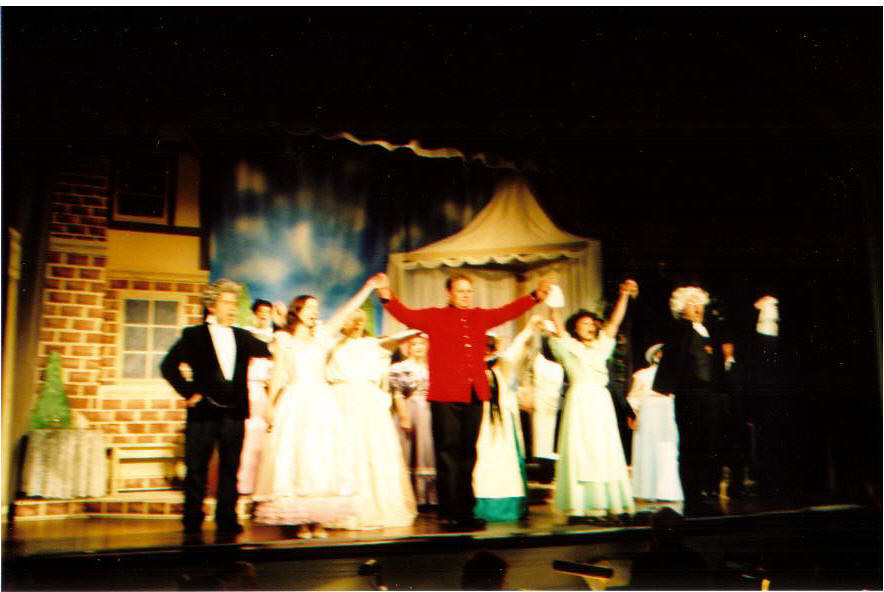 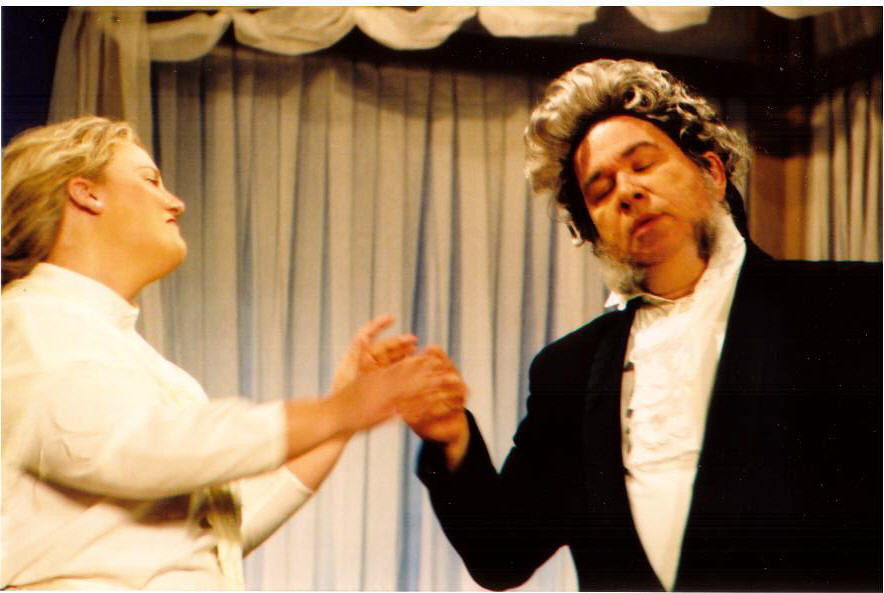 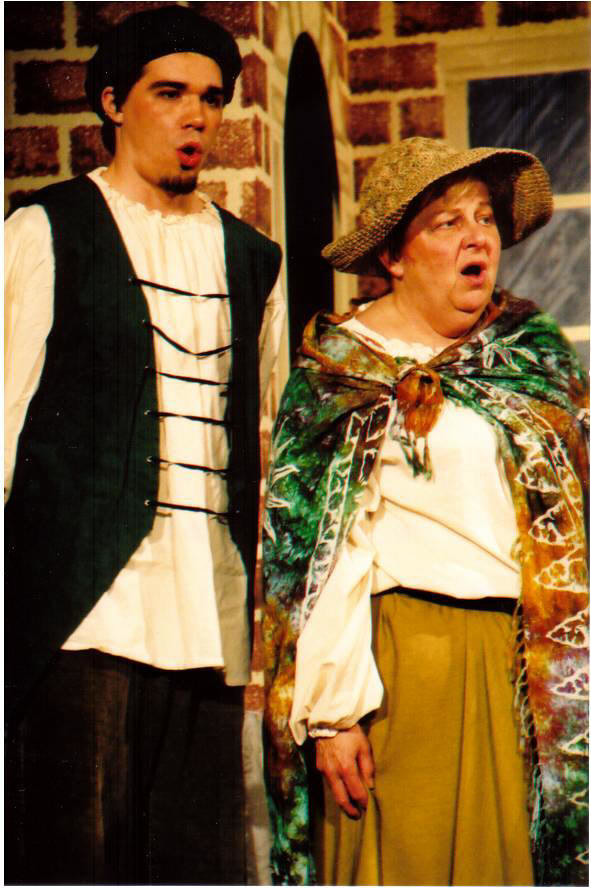 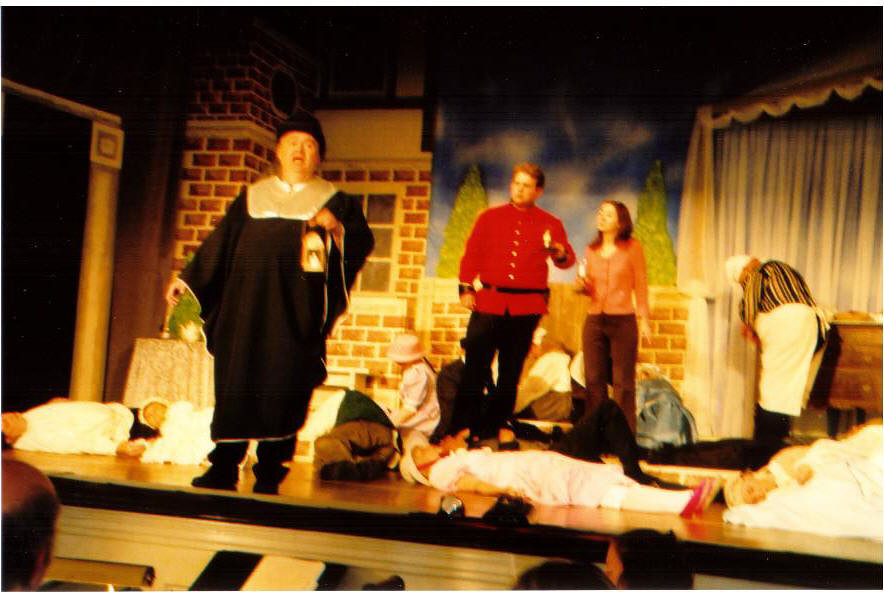 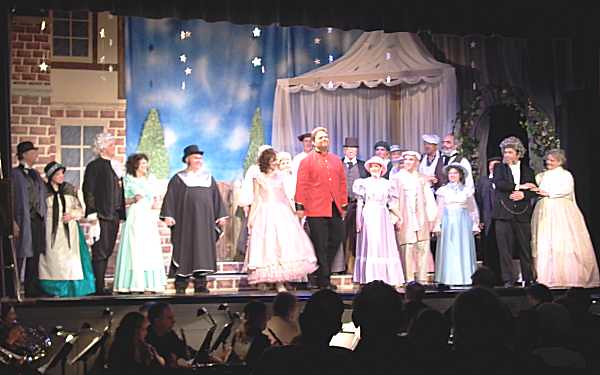 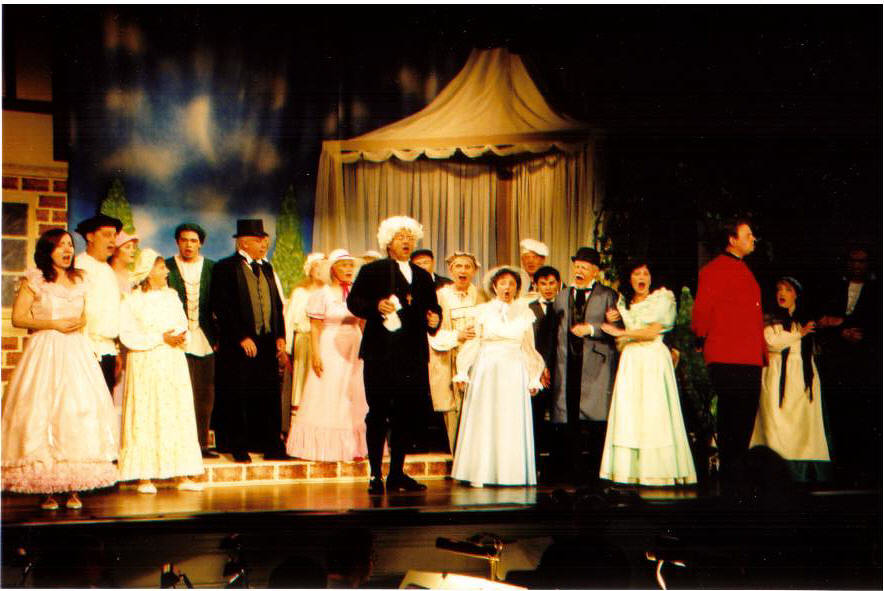 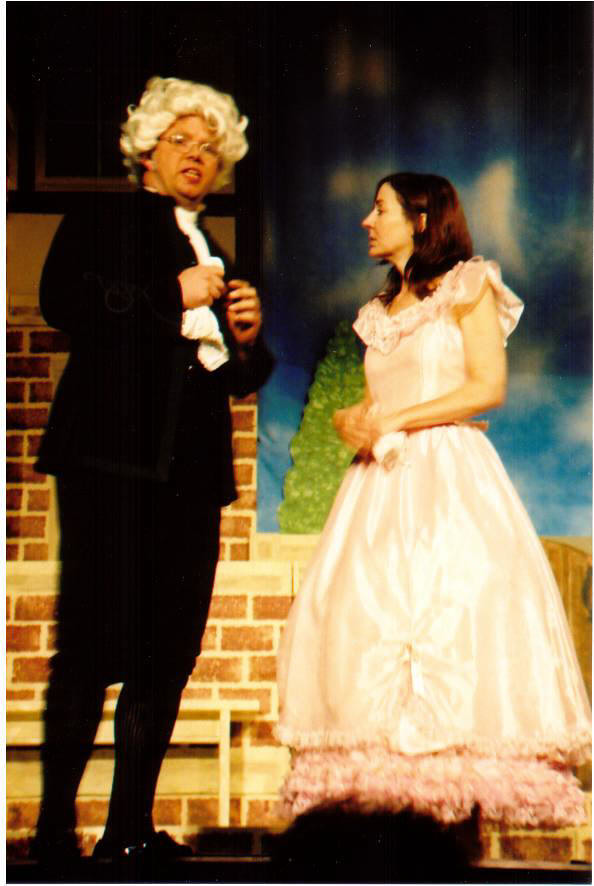 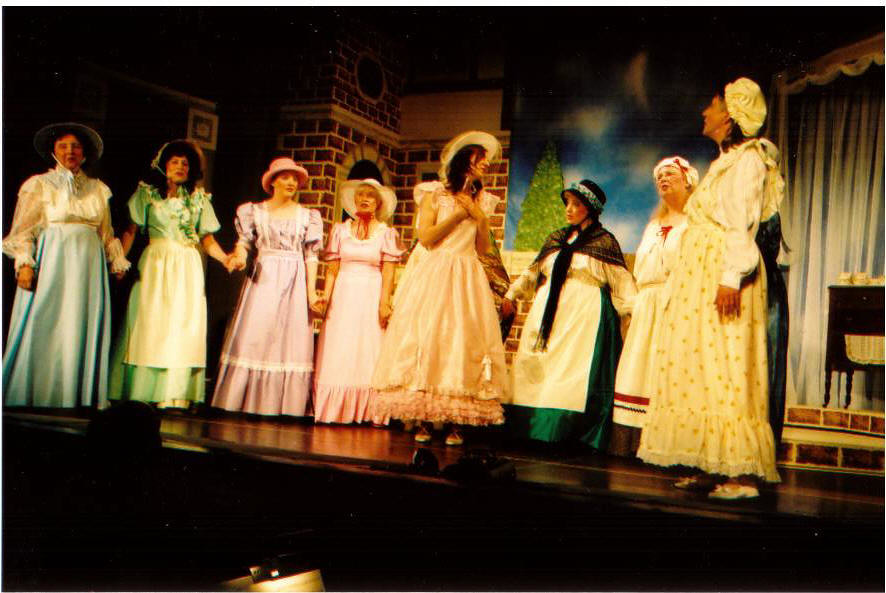 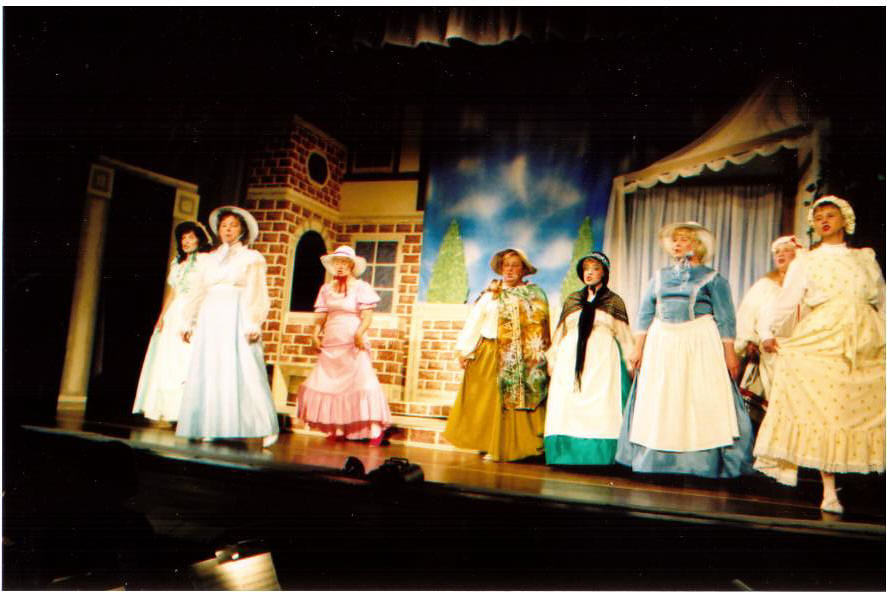 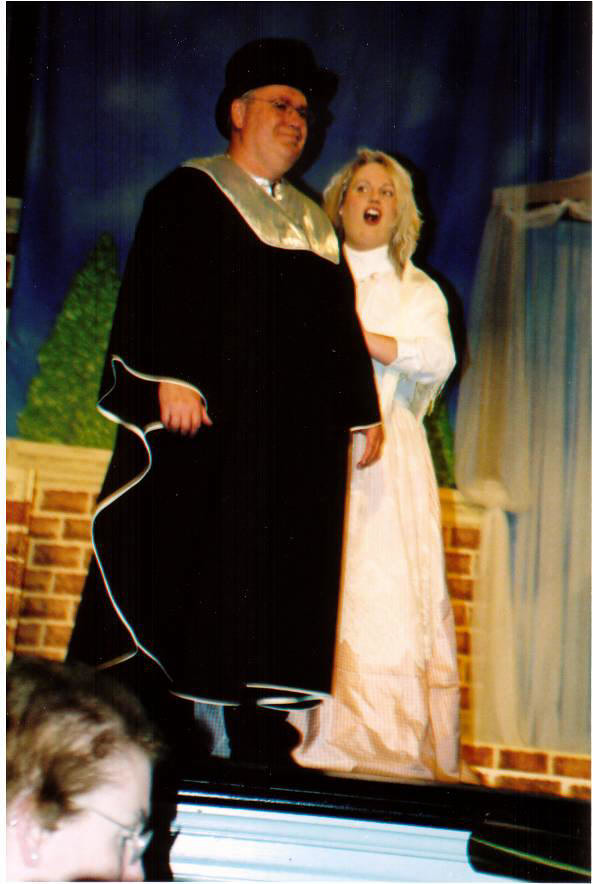 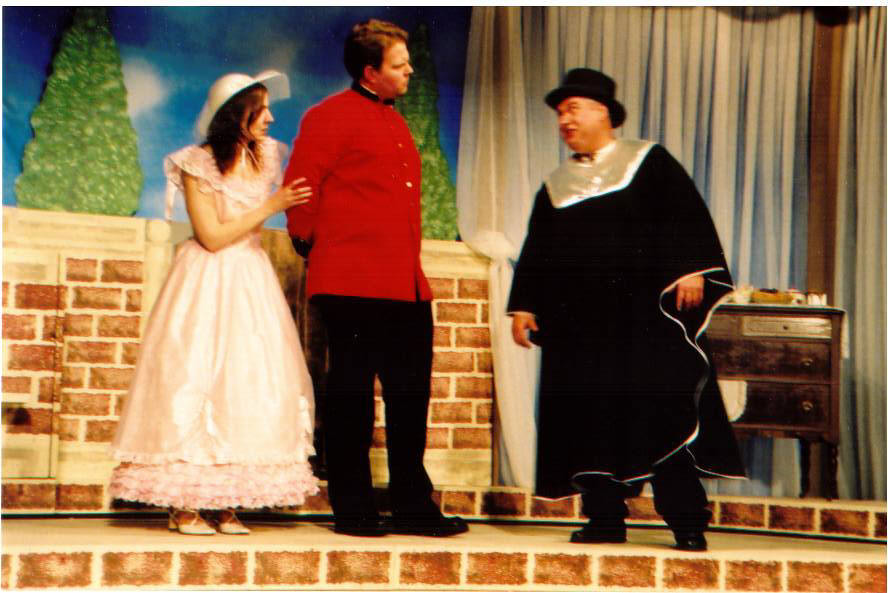 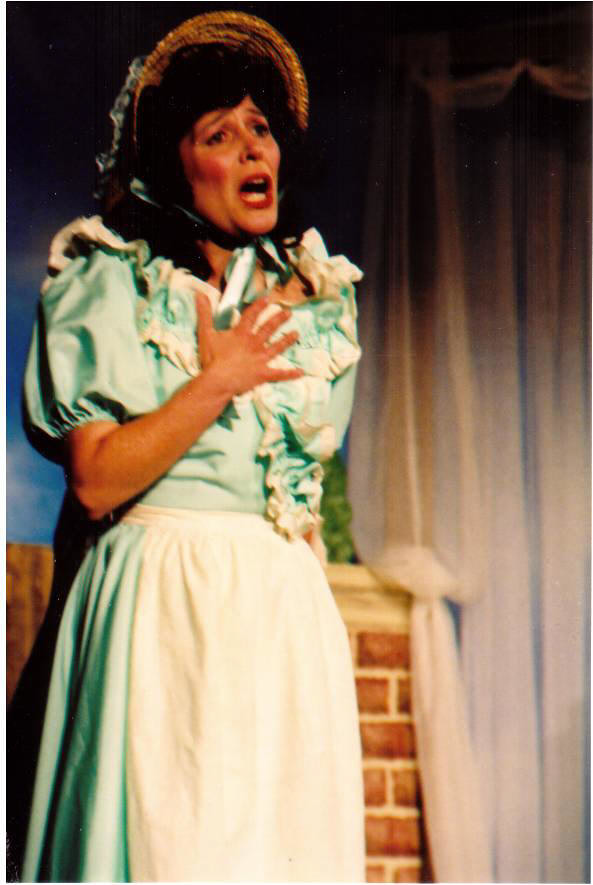 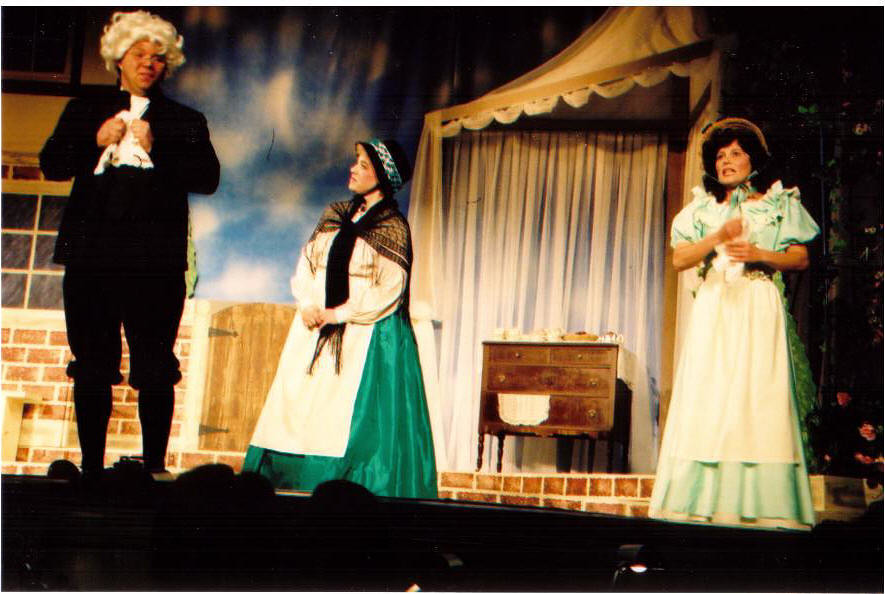 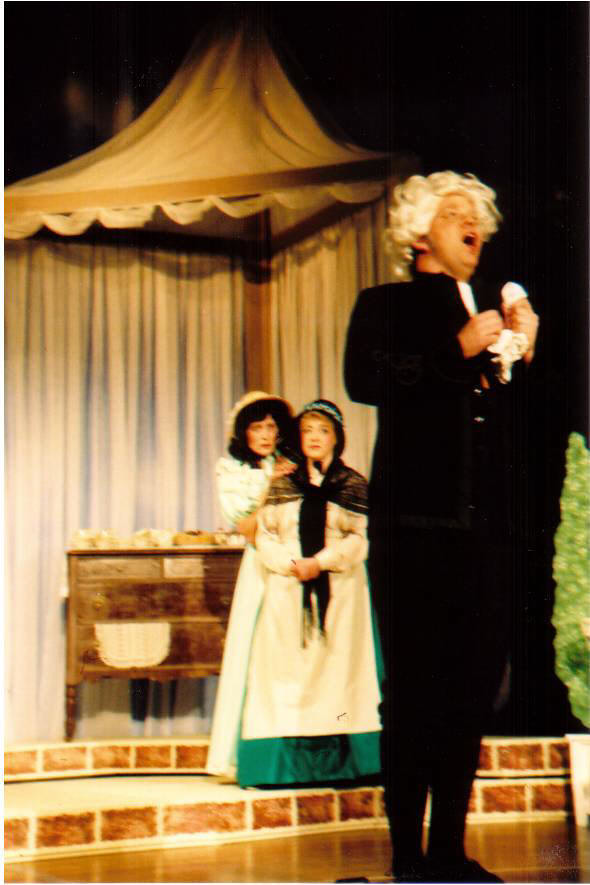 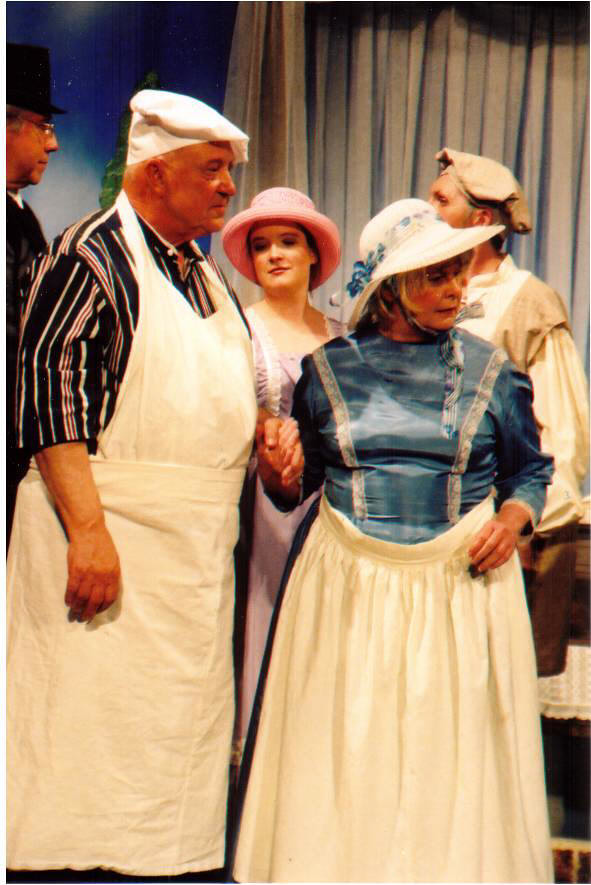 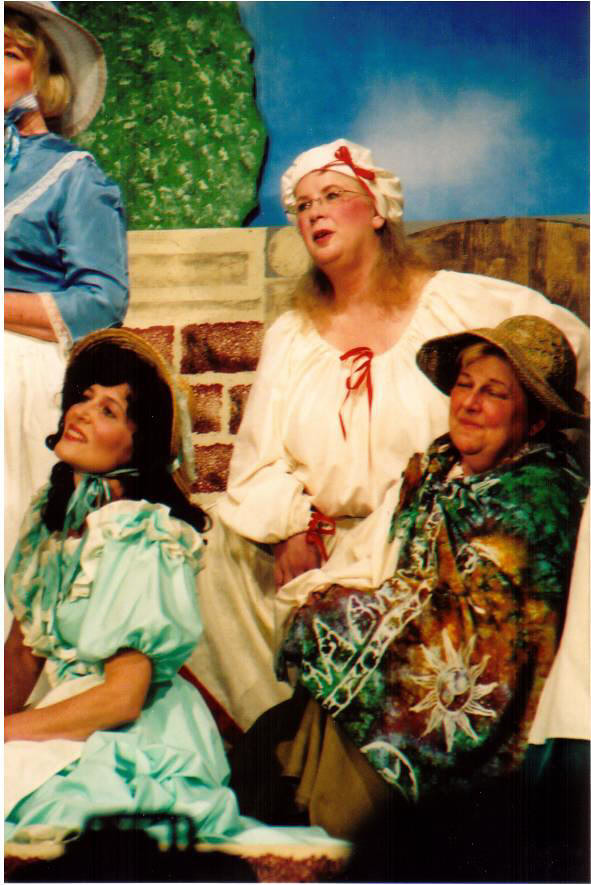 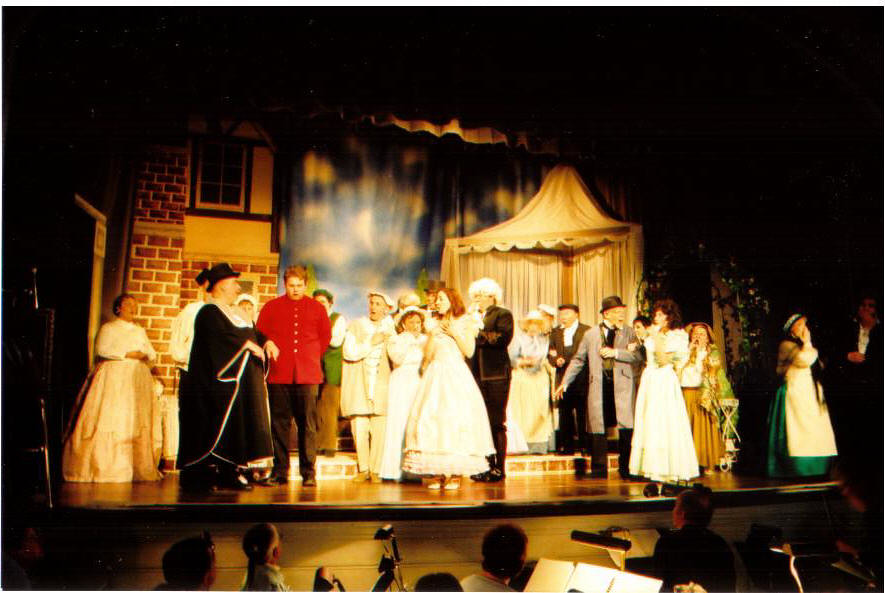 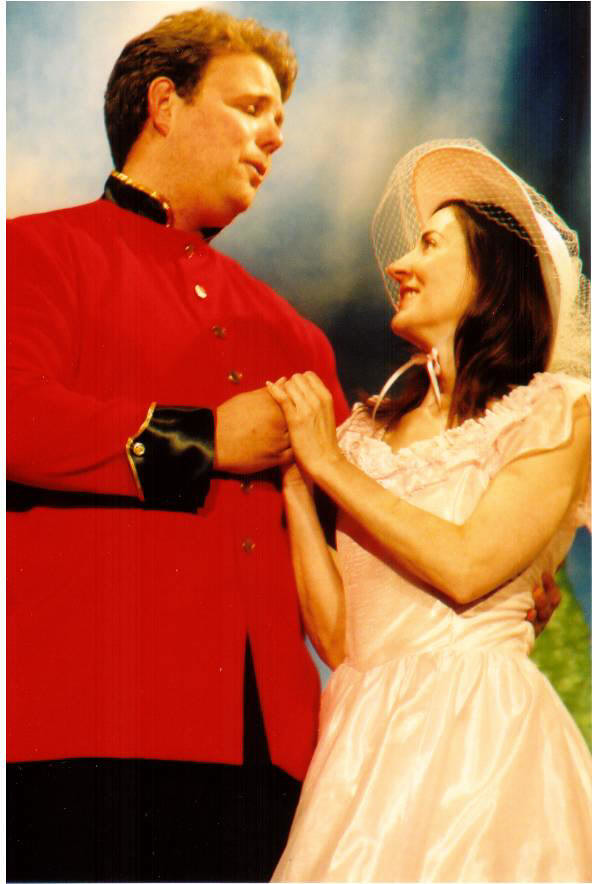 “THE SORCERER” is a merry story of sentimental topsy-turvydom. Cupid could never have performed more mischievous pranks as he did, aided by a magician’s love potion, in the pleasant village of Ploverleigh. Sir Marmaduke Pointdextre, a baronet of ancient lineage, has invited the tenantry to his Elizabethan mansion to celebrate the betrothal of his son Alexis, a Grenadier Guardsman, to the lovely Aline. So happy and romantic a union between two old families deserved to be worthily honoured, and a large and lavishly stocked marquee, we notice, has been erected at one side of the garden. Aline herself is rich, the only daughter of the Lady Sangazure, and the seven thousand and thirty-seventh in direct descent, it seems, from Helen of Troy. Nor are there heart-stirrings only in the homes of the great. Early in the opera it transpires that Constance Partlet, the daughter of a humble pew-opener at the Parish Church, has a doting love for the vicar, Dr. Daly. It is a hopeless passion. Not that the vicar, now a bachelor of venerable years, had never felt the throb of romance in his soul, and never recalled the “aching memory of the old, old days.” Fondly does he muse over the time when :

“Maidens of the noblest station,
Forsaking even Military men,
Would gaze upon me, rapt in admiration —
Ah, me! I was a pale young curate then.”
This, indeed, was the time when love and he were well acquainted, as he tells us in a delightful ballad, and when none was better loved that he in all the land. Yet even these dreams of yesteryear fail to awaken in him the desires for a joyous to-morrow. Constance’s mother finds him quite unresponsive to her ingenious suggestions, for though he sees the advantage of having a lady installed in the vicarage, he is too old now for his estate to be changed.

Sir Marmaduke and Alexis enter. The honest heart of the father glows at the thought of the marriage, though he confesses that he has little liking for the new kind of love-making, in which couples rush into each other’s arms rapturously singing :

So different, he reflects, from the older and more courtly “Madame, I trust you are in the enjoyment of good health” ; “Sir, you are vastly polite, I protest I am mighty well.” Even thus did he once pay his addresses to the Lady Sangazure. For once they, too, were lovers. But these reveries are ended by the arrival of Aline, and soon afterwards, to the tuneful salutation of the villagers, the marriage contract is signed and sealed in the presence of Counsel.

Left alone at last with his betrothed, Alexis tells her of his maxim that true love, the source of every earthly joy, should break down all such artificial barriers as rank, wealth, beauty and age. Upon this subject he has lectured in the workhouses, beershops and asylums, and been received with enthusiasm everywhere, though he cannot deny the aloofness as yet of the aristocracy. He is going to take a desperate step to put those noble principles to proof. From London he has summoned the great John Wellington Wells. He belongs to an old-established firm of family sorcerers, who practise all sorts of magics and spells, with their wonderful penny curse as their quick-selling speciality. From the moment he enters it is obvious that this glib-tongued charlatan is a hustling dynamo. Alexis, much to Aline’s alarm, commissions him to supply liberal quantities of his patent love philtre in order that, from purely philanthropical motives, as he explains, he may distribute it secretly amongst the villagers. Wells, like the pushful tradesman he is, has the very thing in his pocket. He guarantees that whoever drinks it will fall in love, as a matter of course, with the first lady he meets who has also tasted it, and his affection will be returned immediately. Then follows a melodramatic incantation as the sorcerer deposits the philtre into a gigantic teapot.

“Spirits of earth and air, fiends of flame and fire” are summoned “in shoals” to “this dreadful deed inspire.” This done Mr. Wells beckons the villagers, and all the party, except the two lovers, join merrily in drinking a toast drawn from the teapot. Quickly it becomes evident from their strange conduct that the charm is working. All rub their eyes, and the curtain falls on the picture of many amorous couples, rich and poor alike, under the spell of the romantic illusion.

The same scene greets us when the second act opens. The couples are strangely assorted – an old man with a girl, an elderly woman with a youth – but all sing and dance to a love that is “the source of all joy to humanity.” Constance confesses her rapture for a deaf old Notary. Sir Marmaduke himself walks arm-in-arm with Mrs. Partlet. Dr. Daly is sadly perplexed. The villagers, who had not been addicted to marrying and giving in marriage, have now been coming to him in a body and imploring him to join them in matrimony with little delay. The sentimental old bachelor reflects, moreover, how comely all the maidens are, and sighs that alas! all now are engaged! Meanwhile, Alexis has tried to persuade Aline that they should drink the philtre too, for only thus can they ensure their own undying devotion. She refuses and there is a tiff, but later, to prove that her love for him is true, she does drink the potion, only to be seized by a passionate affection for – Dr. Daly. Nor can the good vicar resist the yearning to reciprocate. Coming to the scene, Alexis is outraged with his lover’s perfidy, and at last has very serious doubts about the excellence of his theories and the wisdom of the sorcerer’s spell. Dr. Daly, determined to be no man’s rival, is ready to quit the country at once and bury his sorrow “in the congenial gloom of a colonial bishopric.”

But one of the drollest effects of the enchantment has still to be told. The first man on whom the Lady Sangazure casts her eye after she has succumbed is none other than the notorious John Wellington Wells. In vain does he lie to her that he is already engaged. In vain does he describe a beauteous maiden with bright brown hair who waits for him in the Southern Pacific. She threatens at last to end her sorrows in the family vault, and only then does the sorcerer, as a small reparation for all the emotional disturbance he has created, decide that the acceptance of her hand might not be at all a bad bargain.

In the end the magic scheme becomes so involved that it must be at all costs disentangled. It can be done in only one way. Someone must yield his life to Ahrimanes. Wells agrees to commit this act of self-immolation, and amidst a wreath of fire and brimstone he disappears, melodramatic to the last, through a trap-door in the stage. With his departure the couples re-assort themselves, selecting mates in keeping with their various social stations and ages, and the betrothal festivities resume their merry sway.